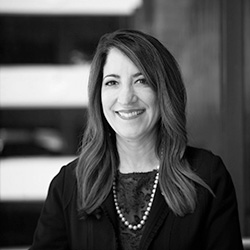 Zaida joined AIA Dallas and the Architecture and Design Foundation as Executive Director in January of 2020. Her experience in both the public and private sectors, as an architect owner, consultant and advocate, as well as her engagement and leadership in diverse boards and committees at AIA Dallas, the Texas Society of Architects and AIA National, and other non-profit organizations bring a unique perspective to the role. She blends her skills and knowledge to advance the mission of both organizations for the benefit of the members, the public and the community.

Zaida is a registered architect and sustainability advocate with over 38 years of experience in design, construction, contracting and public policy. Under her tenure, over $800 million worth of diverse public facility projects were implemented in Dallas. Zaida directed the implementation of the city’s green building program, recognized by the USGBC for instituting Dallas and north Texas sustainable sensibility.

A founding member and 2010 chair of the USGBC North Texas Chapter, she was appointed to GSA’s Office of High Performance Green Building's Inaugural Advisory Committee from 2011 to 2013. She served on the board of AIA Dallas from 2014 to 2018, and was President in 2016. In 2019, she served as the Architecture and Design Foundation Board President, Texas Architects Committee Executive Trustee, and as VP of Advocacy for the Texas Society of Architects Board of Directors, a role she continued in 2020. She also served as an AIA National Strategic Council At-Large Member in 2019 and 2020. Currently, she serves on the Sammons Center for the Arts, and the Greater Dallas Planning Council boards of directors.

Her work championing green building codes in Dallas has been recognized with a BOAT 2008 award of excellence, a 2009 CLIDE Award in public policy; the 2014 CoreNet Global Southwest Chapter and the 2014 CoreNet Global Sustainability Leadership Awards. She received a 2014 Pillar Award and a 2016 Luna Award as Outstanding Professional of the Year from the Hispanic Contractor's Association. In 2019, Zaida was recognized with the Kessler Lifetime Achievement Award from the Greater Dallas Planning Council at their Urban Design Awards. She was elected to the AIA College of Fellows in January of 2012.