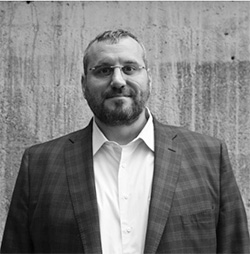 Oran is the Chief Operating Officer at ENX. With more than a decade in the energy industry, Oran has previously served as a Project Advisor with his firm, Prism Energy Advisors, working with oil and gas operators, midstream, and service companies as well as banks and private equity groups in asset valuation, acquisition, and operations optimization.  He spent six years at Chesapeake Energy Corporation as a Superintendent in the Mid-Continent, primarily planning infrastructure for the Mississippi Lime play.

Oran also served seven years as a Tactical Systems Operator in the United States Marine Corps, and currently is a member of the board of directors for Polyskope Labs in Oklahoma City, OK.

He graduated with an MBA from Cornell University and holds a Master of Science in Energy Management from Oklahoma City University, as well as a Bachelor of Arts from American Military University.