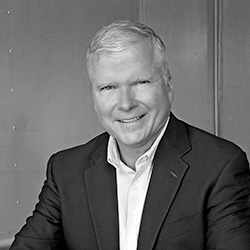 Marshall serves as the COO for Harrison, Walker & Harper 1887. Before joining HWH, Marshall was a partner at a venture capital firm focused on early-stage tech companies that were beyond the “friends and family” investment stage but were not yet established enough to attract larger institutional capital. Marshall served in the United States Army for 32 years, where he built and led organizations in the United States, Germany, Southwest Asia and Korea. Marshall led Soldiers through several deployments where he was twice decorated for valor in combat, and his formations were awarded two Presidential Unit Citations—the highest unit recognition our Nation bestows.

Marshall is a Chartered Financial Analyst® charterholder. He holds a Bachelor of Science in Civil Engineering from Texas A&M University, a Master of Strategic Studies from the United States Army War College, and a Master of Science in Mineral Economics & Operations Research from the Colorado School of Mines. Marshall is a graduate of the University of California, Berkeley Venture Capital Executive Program.