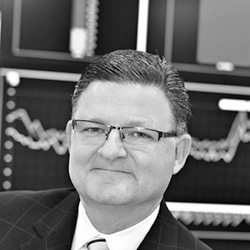 Meridian Technologies Partner of the Year

Best International Project of the Year Among Gas, Water and Electric Utilities by PennWell Publishing

In 2010, David led Central Electric Cooperative (CEC) in developing an Innovation District called Innovation Pointe. The initial tenant of this park is the CEC headquarters designed as a Gold LEED facility. The headquarters is considered a smart facility with a Digital Operations Center (DOC). The facility and campus were designed to run on Solar, Battery Storage and back-up generation (as a microgrid). The DOC was designed to monitor and manage the entire 650-acre development. David also has an extensive background in technology, serving as president of GeKL Technologies for a three-year period.